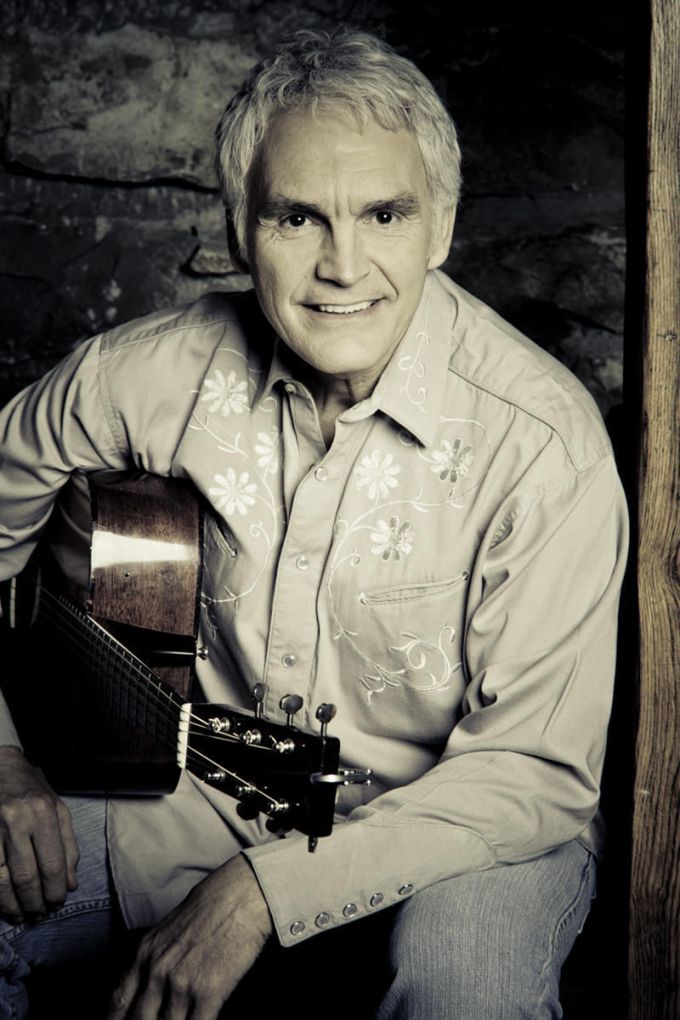 It’s a sure bet Verlon Thompson will include his tune “A Sideman’s Dream” in the set list when he performs on The Bowery Stage Friday, Sept. 16.

Thompson wrote the song in honor of the late, great Guy Clark, his friend and musical partner of 30 years, who died May 17.

Performing the song was difficult at first, Thompson confessed during a phone interview from his Nashville home. “But it was one of those cleansing things I had to do.”

On a trip to Austin earlier this year Thompson realized how much he and Clark had experienced during their partnership.

“I started going back to places where we hung out when we were rock stars,” he said with a laugh. “I was sitting down at a Mexican place. This wave hit me. I rushed back to the old Austin Motel where Guy and I stayed – our old headquarters. I got in one of those tiny rooms that night and started letting it flow and that’s what came out.”

“If you had a truck and trailer, you couldn’t carry all the good wishes back,” he said. “Everywhere I go people were sending love and wishes to him.”

Thompson was with Clark at the last. Thompson had been a regular visitor in Clark’s home, and was there after hospice was called in.

On the night Clark died, Thompson asked if he might stay.

“I was expecting it, and I thought I was prepared,” he said.

Though it was hard to let go, he felt grateful to have been there.

“I felt like it was one of the greatest gifts I’ve ever been given,” he said. “For months, I’ve been having this terrible feeling that I was going to be in a hotel in Peoria and get this call. Maybe that’s why I opted to stay. I think he knew I was there. I’m just going to believe he did. It felt right. I felt like it was the way he would have wanted it.”

Clark’s wife, Susanna, died in 2012, so it fell to Clark’s friends to carry out his final wishes.

According to his biographer Tamara Saviano, Clark wanted to be cremated and his remains sent to sculptor Terry Allen in Santa Fe to be used in a work of art.

So, after the wake that Thompson closed with “Old Friends,” Clark’s son, Travis, his caregiver, Joy, Thompson, Shawn Camp, Rodney Crowell, Steve Earle, Jim McGuire and Saviano got on a tour bus and headed west.

They were met by other artists, including Emmylou Harris, Vince Gill, Lyle Lovett, Robert Earl Keene, Joe Ely, Jack Ingram and some of their family members.

“It was good,” Thompson said of the trip and the gatherings. “It turned out to be a good thing. None of us could get our heads around what we were there to do. Saturday, we sat around a fire singing Guy songs and telling stories. Then everybody had to get back to work.”

For Thompson, getting back to real life includes booking gigs and working on a television show with his Emmy-award winning wife, Demetria Kalodimos, who is the longest continuously-serving evening news anchor at station WSMV, an ABC affiliate in Nashville.

“We shot it out at my barn house on the river,” Thompson explained. “It’s called ‘Barnegie Hall.’”

Artists came out to the barn, sat down, told stories and swapped songs.

The couple thinks they’ll take the series to Netflix or a subscriber service.

“We did 13 episodes, with a few extras for subscribers,” he said. “It’s finally edited.”

Kalodimos has teamed up with her husband before to film a haunting video of “The Guitar,” a song Thompson wrote with Clark a few years back.

When Thompson got home from a gig late one night, Kalodimos and her camera crew were set up. Although tired, he changed shirts and shot the video in the foyer of their home.

In April, Thompson released “Amplified,” songs that had been “hanging around forever. Then, I hit 60 and I panicked. I thought I may never be able to rock again, so I booked those sessions.”

Although Thompson is one of the most gifted pickers in the business, he sought out the talents of guitarist Guthrie Trapp for the new record.

“I have been watching him and just dying to do some kind of project with him,” Thompson confessed. “He’s from down around Mobile somewhere. He’s like a sponge. He can do any kind of style you want.”

One of the record’s more striking tunes, “24/7,” chronicles the struggles of a working man “trying to swallow everything they put on his plate.”

Thompson says although he’s never had a “real job,” he went through some trying times when he was a songwriter for EMI music.

“They had been swallowed up by another company,” he said. “They had a nice little house on Music Row where we all hung out. It was a dream world. Then, suddenly one day, they decided they were going to tear the old house down and you had to have all this paperwork handed in with songs. I felt like I was at a day job.”

So, Thompson left the big corporate world of publishing and started his own company, and he’s never looked back.

“It was the right thing to do,” he said.

Thompson will no doubt bring some tunes from “Amplified” to The Bowery Stage Friday, Sept. 16, but you can bet he’ll be singing songs he and Clark performed.

“I know people are hyper-aware of Guy there in Winnsboro,” he noted. “I’ll add even more.”

With luck, we’ll get to hear some of Thompson’s great songs, too, including “Caddo County,” “Get To You Waltz” and the spirited “Joe Walker’s Mare.”

Tickets are $12 for general admission, $20 for reserved. Available at the arts center, Winnsboro Emporium or winnsborocenterforthearts.com

To watch “The Guitar,” go to youtu.be/T_Lkg7GsKQQ

One thought on “Verlon Thompson,Nashville’s most loyal sideman, to play Bowery Sept. 16”